Chorionic Villus Sampling (CVS) involves taking a biopsy of the finger like projections of the baby's placenta for DNA analysis. CVS will diagnose chromosomal abnormalities, genetic diseases, metabolic disorders, haemophilia and infection. The tissue sample is collected using a syringe which is introduced through the mother's abdominal wall or via the cervix, under ultrasound. CVS is primarily performed after 10 weeks.

CVS will provide parents with information about chromosomal abnormalities in the same way as mid trimester amniocentesis with the exception of the detection of spina bifida.

CVS will diagnose a baby with the following conditions:

CVS can be undertaken at any stage of pregnancy, but it is used primarily as a first trimester test after 10 weeks. 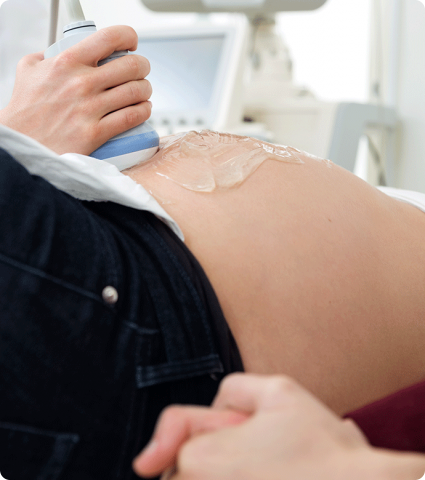 CVS can detect the same chromosomal abnormalities as a mid trimester amniocentesis with the exception of the detection of Spina Bifida.

CVS can be performed from 10 weeks gestation.

The risk of miscarriage with CVS.