The screening test for Down syndrome is part of the Maternal Serum Screening Test (MSS). The combined first trimester test is the most commonly offered test. This test is offered between 11 and 14 weeks gestation. The test includes a blood test to measure the levels of two naturally occuring proteins in the mother's blood and an ultrasound test to measure the amount of fluid in the back of the baby's neck. The results of the MMS will give the parents either a 'low-risk' or a 'high-risk' result.

The meanings of screening and diagnosis are different but they are often confused. Screening involves determining the risks or likelihood of a condition, whereas a diagnostic test will give a definite answer. Sometimes the results of a screening test might suggest the need for an invasive test in order to obtain a diagnosis, for example an amniocentesis for Down syndrome.

There are several variations of the Maternal Serum Screening (MSS) test and your local health service will determine the specific tests offered. The combined screening test is recommended (NICE 2008) between 11 weeks and 14 weeks, with the triple or quadruple test if you book in later, at 15-22 weeks.

Accurate dates are important in the assessment of serum levels and so a ‘dating scan’ is often offered at booking if you plan to have the serum screening, whether the nuchal translucency test is done or not.

Maternal serum screening can identify pregnancies that are at increased risk of:

The combined first trimester test can identify a pregnancy with increased risk of Down syndrome and Edward syndrome. This test involves a blood test and an ultrasound scan between 11 and 13 weeks + 6 days gestation. The blood test measures the amount of two different proteins that occur naturally in the mother’s serum (watery part of the blood) during pregnancy (Human Chorionic Gonadotrophin, hCG and Pregnancy Associated Plasma A Protein, PAPP-A).

The ultrasound scan measures the amount of fluid in the skin at the back of the baby’s neck. This measurement is called the nuchal translucency. All babies at this stage of pregnancy have fluid at the back of their neck, but babies with Down syndrome or Edward syndrome tend to have more fluid.

If you wish to have this test, your eligible midwife, GP or private obstetrician can order it for you.

The second trimester MSS test can identify a pregnancy with increased risk of Down syndrome, Edward syndrome or neural tube defects. The test involves the pregnant woman having a blood test between 14 and 20 weeks + 6 days gestation.

In pregnancies with increased risk for Down syndrome, the amount of AFP is lower and the amount of hCG is higher. It appears that babies with Down syndrome tend to produce less AFP than normal babies, and therefore less of it is transferred to the mother.

If your individual risk is quoted as 1 in 250. This means that out of 250 pregnancies, only one of them will be affected and 249 will be normal.

If your risk is shown to be more than 1 in 250 of having a baby affected by Down syndrome (for example 1 in 50), you will be offered an amniocentesis to confirm or rule out the presence of Down syndrome.

Advantages of having the Maternal Serum Screening Test

Disadvantages of having the Maternal Serum Screening Test

Levels of these pregnancy proteins in a pregnant woman’s blood serum can be influenced by a multiple pregnancy, intrauterine bleeding, obesity or the woman being an insulin dependent diabetic. Different values may also be ‘normal’ for IVF pregnancies. 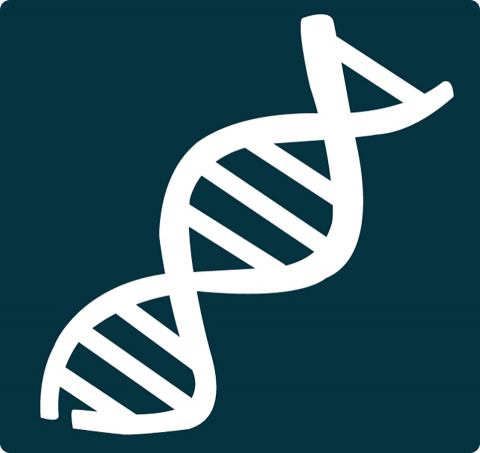 is the name of the test used to screen for Down syndrome.

is the recommended time for this test.

are the two components of this test.