The cells of the zygote divide again and again and it becomes a morula, which releases minute amounts of Human Chorionic Gonadotrophin (hGC). The morula continues to travel along the fallopium tube towards the waiting uterus.

The cells of the morula continue to divide and on Day 5 have developed into a blastocyst, which finally arrives in the uterus.

The blastocyst begins to implant into the uterine wall on about day 6. At this point in your menstrual cycle, the lining of the uterus has grown and is ready to support a baby. The blastocyst sticks tightly to the lining, where it receives nourishment via your bloodstream. The egg (which is now called an embryo) implants into the uterus by burrowing into the rich lining, and is a mass of more than 100 cells. 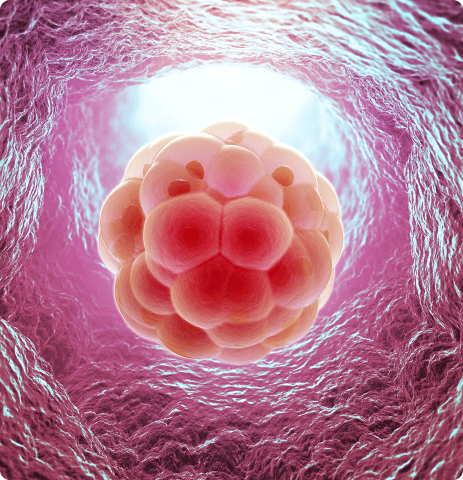