What is Gestational Diabetes?

A number of hormonal and metabolic changes occur naturally as a result of pregnancy, one such change is the diabetic effect of pregnancy, caused by the baby’s placenta changing the way in which the mother’s body deals with carbohydrates.

Normally all the glucose from our food is reabsorbed by the body. Insulin helps achieve this by moving glucose from the blood into the cells of the body to be used as an energy source. Insulin also helps to change any excess glucose that the body does not immediately need into a storable form of energy (called glycogen) in the liver. In pregnancy, Human Placental Lactogen (HPL), a pregnancy hormone, blocks the action of the mother’s insulin. This is called insulin resistance. This means that glucose in the mother’s blood stream is available to the baby for longer.

In pregnancy, the pancreas has to produce more insulin because of insulin resistance, sometimes two or three times as much as in the non-pregnant state. If a woman’s body was only just producing enough insulin prior to pregnancy, the extra demands on the pancreas can result in glucose intolerance or diabetes.

This form of diabetes is called Gestational Diabetes and can also occur when a woman’s response to HPL is out of balance, causing excessively high blood glucose levels.

Between 3% and 8% of pregnant women develop gestational diabetes.

It is usually detected around weeks 24 to 28 of pregnancy, though it can develop earlier. Being diagnosed with gestational diabetes can be both unexpected and upsetting.

What are the risks of Gestational Diabetes?

Women who develop gestational diabetes have an increased risk of developing Type 2 diabetes.

Babies can grower larger because they have access to extra glucose in the mother’s blood. Larger babies (more than 4.5 kg) can be at greater risk of birth complications, induction of labour and caesarean section. There is also a small increase in the risk of stillbirth associated with Gestational Diabetes, but this risk has been overstated.

How do I find out if I have Gestational Diabetes?

In most maternity care settings, you will be offered testing for Gestational Diabetes. It is up to you to decide if this is the right course of action to take for you and your baby.

If you have any of the following risk factors at your first antenatal booking appointment, you should be offered a diagnostic test for Gestational Diabetes:

Most women are diagnosed using a pathology test, which requires a blood sample to be taken after a glucose drink. These tests are usually performed between 24 and 28 weeks into the pregnancy, or earlier if the woman is at high risk.

The Glucose Challenge Test (OGCT) This is offered at 24 – 28 weeks. The woman drinks a liquid that contains a certain amount of glucose. After half an hour, her blood is tested. If the woman’s blood sugar level is above a certain level then she is recommended to have the next test called an OGTT. 70% of women will go on to have a normal OGTT.

The Glucose Tolerance Test (OGTT) The woman fasts for 8 hours before the first blood test. She then drinks the glucose drink and her blood is then taken after 1 hour and then after 2 hours. The blood sugar level should rise initially then return to normal.

Advantages of testing for Gestational Diabetes

Disadvantages of testing for Gestational Diabetes 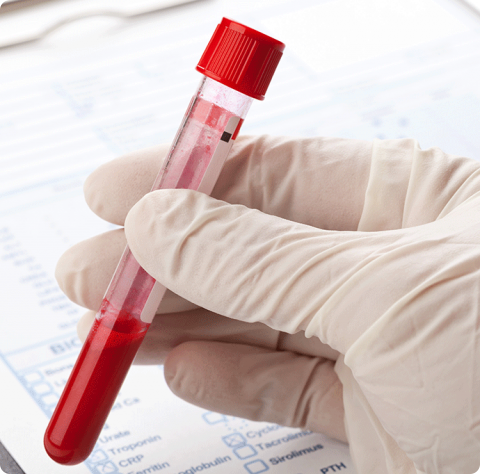 Women with any one of these risk factors should be offered testing for gestational diabetes.