Group B Streptococcus (GBS) is commonly found in the gastrointestinal tract of men and women and colonises the vagina in approximately 15% to 30% of women.

The danger to babies is that GBS bacteria is able to make microscopic holes in the amniotic sac, enabling it to reach the amniotic fluid and infect the baby. GBS is the most common cause of overwhelming sepsis in newborn babies, including pneumonia and meningitis with an incidence of 1 per 1,000 live births.

80% of infections are early onset, most of which are observable at or immediately after birth. 18% of premature babies with early onset GBS infection die and 6% of babies born at full term die. Babies that survive, particularly those who have meningitis, may have long-term problems, such as hearing (5%) or vision loss or learning disabilities.

Late onset of GBS infection occurs between 7 and 90 days after the birth, with the baby acquiring infection at a later stage.

Screening of pregnant women for GBS carriage is offered routinely in Australia, though not in all developed countries.

What does the screening test involve?

It is offered as close to the birth as possible, usually between 35 and 37 weeks’ gestation. A swab of the vagina is performed either by the woman herself or by her caregiver, and sent to pathology laboratories for analysis. Swabs taken at this time are effective in predicting whether or not there will be GBS carriage during labour.

How is GBS treated?

GBS carriage is not treated during pregnancy, but at the onset of labour using intravenous antibiotics, ideally at least 4 hours prior to the birth and 4 hourly after the first dose.

Advantages of screening and treatment

The administration of intravenous antibiotics in labour for women who are GBS carriers, reduces the occurrence of early GBS infection for 1 in 25 babies, though the research is over 20 years old and of poor quality. Antibiotic treatment does not have any effect on neonatal deaths from infection.

Disadvantages of screening and treatment 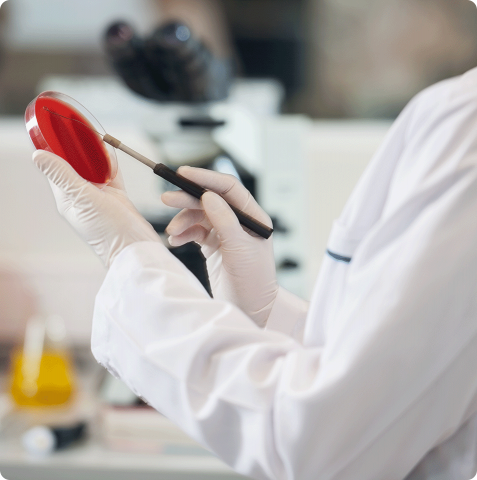 Pregnant women should not be offered routine antenatal screening for group B streptococcus because evidence of its clinical and cost-effectiveness remains uncertain.